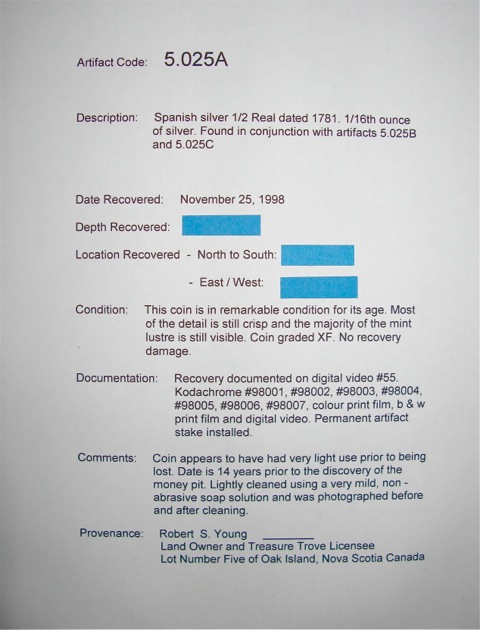 To contribute a modicum of reality to the story of Oak Island and for the benefit of those who may be interested, here to follow are the finds recovered from Lot Five.

These objects were discovered under the rules of evidence regarding Treasure Trove License #T-162, Order In Council #1998-418 and Treasure Trove License #T-162, Order In Council #2004-168 between the dates July 1998 and June 2008. Each artifact has a bespoke specification sheet listing the pertinent details of its discovery and all were dutifully reported to the appropriate government departments. Proud to say that each artifact was fastidiously recovered with nil damage using hand tools only.

The following copyright protected photographs were taken by Robert S. Young and the artifacts are displayed here in chronological "as found" order.