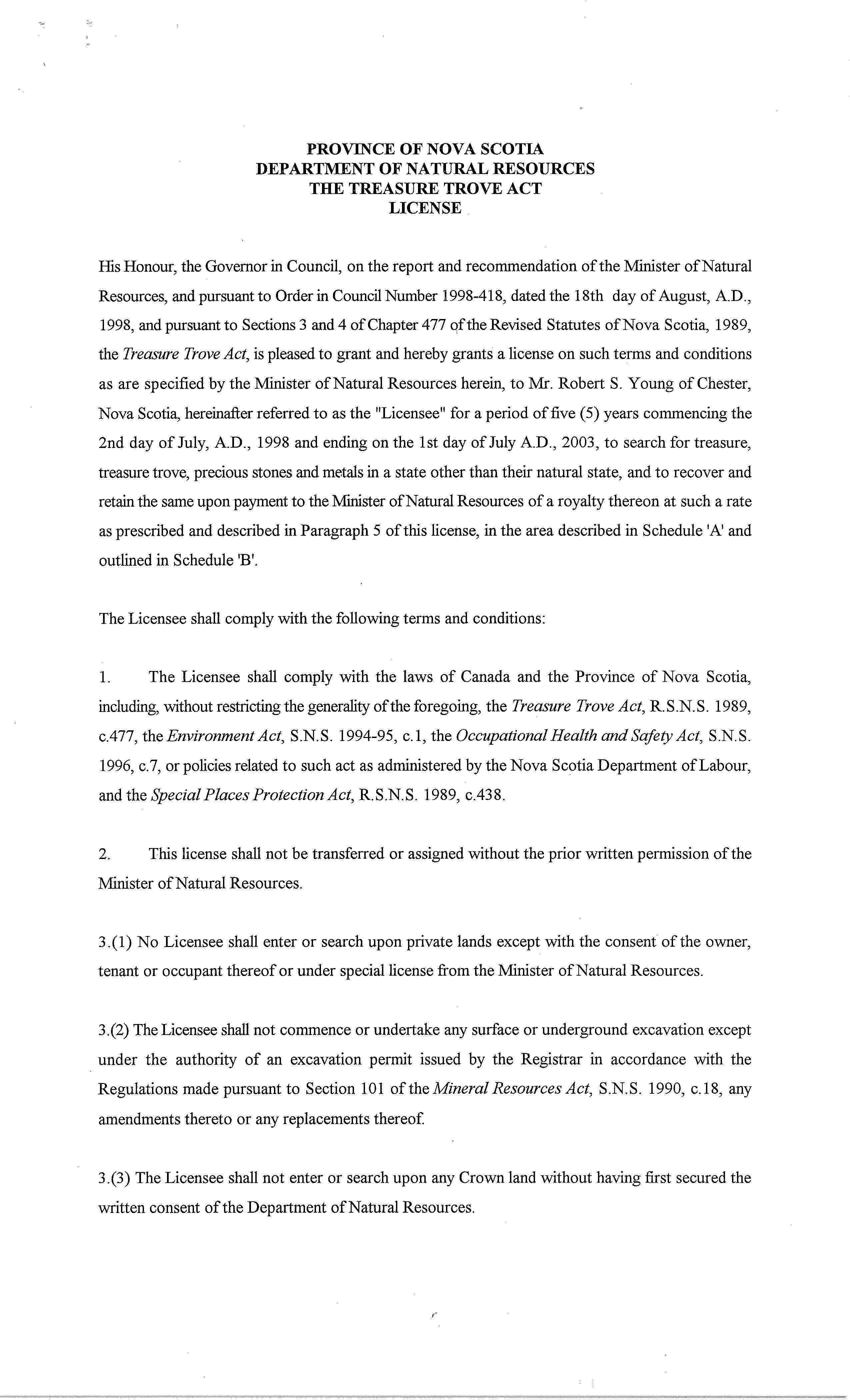 To legally search for and recover treasure in Nova Scotia requires a special license and in 1998 I applied for and received Treasure Trove License #T120A, Order In Council #1998-418 for Lot Five from the Government of Nova Scotia.

As Treasure Trove Licensee I explicitly abided by the rules and conditions set forth in the Treasure Trove Act and utilized contemporary archaeologic protocols and methodology during the execution of the work. Everything found under the auspices
of the Treasure Trove License was duly documented to professional standards and each find was video taped in real time as it was removed from the ground. Periodically I would voluntarily submit progress reports to the Department of Natural Resources (the issuer of the license) and the Nova Scotia Museum replete with photographs, artifact specification sheets and a GIS (Geographic Information System) showing where on Lot Five they were found. David Christianson, Curator of Archaeology of the Nova Scotia Museum once took occasion to personally thank me for these reports, explaining that they were now being used as examples for other Treasure Trove Licensees to emulate.

For the first time in the island's history, in the summer of 2002 the entirety of Lot Five was systematically surveyed using non destructive, state of the art Ground Penetrating Radar (GPR) by GeoScott Exploration Consultants of St. John's, Newfoundland.  The information gleaned from these surveys is private and remains confidential.

The initial Treasure Trove License was extended in 2003 for another five years with the issue of Treasure Trove License #T-162, Order In Council #2004-168. Upon its expiry in 2008 I made the decision to retire Lot Five from the Oak Island treasure hunt so
that I may enjoy it as a vacation retreat and focus my attention on ecological studies and practices.

All activities with regard to these Treasure Trove Licenses were self financed by Robert S. Young and as such not beholden to any government assistance.